What is an Edge Location in AWS? A Simple Explanation

By Alex Chan
AWS edge locations are designed to deliver services with as less latency as possible. Learn more about edge locations, use cases, and where they might make sense for your organization.
FacebookTweetLinkedInReddit
Home Blog What is an Edge Location in AWS? A Simple Explanation
Prev
Next

Edge locations are AWS data centers designed to deliver services with the lowest latency possible. Amazon has dozens of these data centers spread across the world. They’re closer to users than Regions or Availability Zones, often in major cities, so responses can be fast and snappy. A subset of services for which latency really matters use edge locations, including:

What are the benefits of AWS edge locations?

Edge locations reduce latency in a couple of ways.

Some edge location services return a fast response directly to the user. For example, CloudFront caches content in edge locations, and that content can be served directly from the cache. Since the edge location is physically much closer to the user than the origin server, it has lower latency.

Other edge location services route traffic onto the AWS network. AWS has a global network backbone of high-bandwidth, redundant fiber links. Traffic sent over this network is often faster and more reliable than the public internet, especially over long distances. For example, if you download an object using S3 Transfer Acceleration, that object travels from S3 over the AWS global network to your nearest edge location, and it only uses the public internet for the final hop.

There are many more edge locations than Regions. This means users are more likely to be close to an edge location, and get those low latency responses. Amazon adds new edge locations regularly, and users who live nearby will see an automatic improvement in performance. For example, Amazon recently added their first edge location in Thailand. If your application was using AWS Global Accelerator, it would have become faster for Thai users—with no effort required on your part.

Edge locations are used for a number of AWS features.

You can’t run your workloads directly in edge locations; they’re only used by Amazon’s managed services.

Edge locations aren’t the same as Local Zones, which let you run your own workloads with very low latency. Local Zones are a fairly new type of deployment that put more AWS services in major metropolitan areas, so you can run compute, storage and database workloads with single-second latency. They’re only available in a few U.S. cities right now, but they’re something to watch for the future.

When people think about edge locations, they usually think about CloudFront, so it’s worth discussing in more detail.

CloudFront is Amazon’s content delivery network that is primarily used to speed up websites. It’s particularly useful for large, static assets—like images and videos. CloudFront sits in front of an “origin” server (which serves the original content), and caches it at the edge locations around the world.

To help serve more responses from the cache, CloudFront actually has two tiers of edge location: edge points of presence (POPs) and regional edge caches (RECs). Edge POPs are more numerous and closer to users, but they have smaller caches. Regional edge caches are fewer and further away, but each one has more storage, so they can cache content for longer.

For example, England has one regional edge cache in London, and 11 edge POPs spread across the country. If a user in Manchester visits a site, CloudFront will first try the cache in their nearest edge POP, then the cache in the London REC; only if that doesn’t work will it go back to the origin server.

If you choose a non-default price class, you’ll have a lower CloudFront bill, but users in some geographic regions will see higher latency. Whether this is a sensible trade-off will depend on the geography of your users.

CloudFront isn’t just for static content. You can also create dynamic websites using [email protected], in which CloudFront runs a Lambda function in response to requests.

The Amazon docs have historically been a bit vague about exactly where these functions run; they don’t actually run in every edge location, but in the regional edge caches (which usually means the nearest region). CloudFront copies the function to every edge cache, and routes requests from the edge POP to the nearest one. (It appears as though [email protected] wasn’t quite as catchy.) Among other things, [email protected] is used for authentication, A/B testing, and dynamic web applications.

CloudFront Functions are designed for lightweight, fast functions that can run incredibly quickly—things like URL rewrites or HTTP header manipulation. They have more restrictions on runtime, filesystem and network access. If you can fit inside the restrictions, they can be faster and cheaper than [email protected]

Other AWS services build on top of CloudFront to deliver their own features. S3 Transfer Acceleration, API Gateway, and Application Load Balancers can all use CloudFront to improve performance—and, in turn, use CloudFront’s network of edge locations.

How many edge locations are there—and where are they?

The documentation for CloudFront has a map that shows every edge location. At time of writing (May 2021), there are over 225 edge locations spread across 47 different countries.

Edge locations expand the reach of the AWS network, and they’re typically found in colocation facilities. These are third-party data centers, which have lots of bandwidth and connect with other networks and providers. This gives AWS plenty of options for connectivity with the outside world, including domestic ISPs.

Note that not every edge location supports every service; check the per-service documentation to see exactly which edge locations are used by whatever service you’re using.

How do I take advantage of edge locations?

Here’s the great news: You don’t need to do anything to take advantage of edge locations.

If you’re an AWS customer and you use services like CloudFront or Route 53, you’re automatically using edge locations and getting all of the associated benefits. You don’t have to do any configuration or opt-in—it’s all part of the package.

But even if you’re not an AWS customer, you still benefit. CloudFront serves thousands of websites, including ones you visit. And guess what? You saw them that much faster, all thanks to edge locations.

Is your architecture set up to make the most of edge locations? We can help you figure that out. 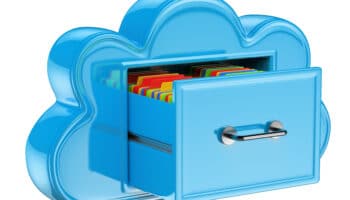