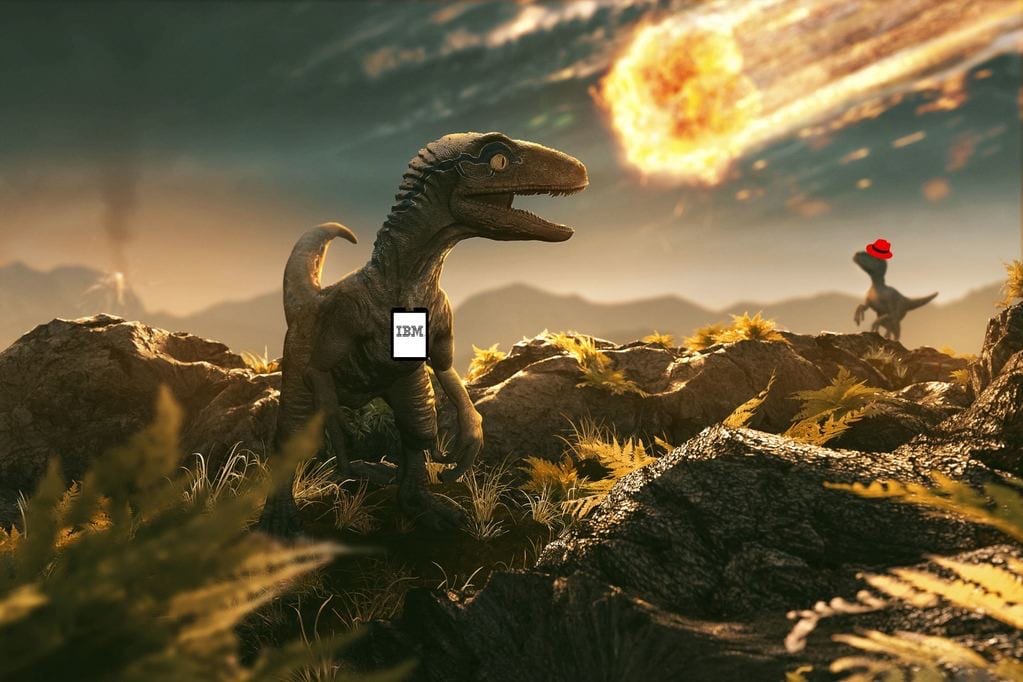 5 Takeaways from Poking around IBM Cloud

By Corey Quinn
The problem with IBM Cloud's aggressive marketing campaign is that someone might actually try using it.
FacebookTweetLinkedInReddit
Home Blog 5 Takeaways from Poking around IBM Cloud
Prev
Next

In January, IBM announced that Arvind Krishna, head of the company’s cloud business, would replace CEO Ginni Rometty, who’s held the reins there since 2012.

In honor of that decision, I decided to poke around IBM Cloud and see what I could find.

Here are those discoveries.

1. There are several IBM Cloud pages—and they’re all talking about different things

Is IBM Cloud a cloud or is it an arsenal of cloud-based tools? I’m not so sure IBM itself knows the answer to that question.

I finally gave up trying to figure out which was the “modern” cloud, typed “IBM Cloud” into Google, and clicked the ad. Surely they’d only be actively promoting the modern version, right?

2. During signup, the user experience is… lacking

It’s 2020 and we’re talking about IBM. Yet the “choose your country” field is alphabetically sorted and not autodetected.

And all of the “blow up my shit with sales emails and phone calls” boxes are checked by default.

What’s even worse is Schroedinger’s semicolon. That’s right, it’s both allowed and disallowed at the same time.

It doesn’t get better from here.

OK, sweet, I’ve made it this far. Now it’s time to complete my registration.

Wait one sec. What’s that on the left-hand side of the screen? Reading English left-to-right must be passé.

Apparently not IBM. Despite the California Consumer Privacy Act (CCPA) becoming the law of the Golden State on January 1, IBM’s privacy notices were last updated in May 2018.

Something tells me they do sell to customers in California, but who knows? They’re IBM; I tend to assume their typical enterprise customer resides in 1976.

4. The onboarding experience is. . .also lacking

Right after logging in, I was greeted by:

Rolling the dice, I guess “Create resource” is the next move.

Whoever designed this needs to be put on a PIP. Services are sorted alphabetically, and there’s no guided onboarding. Language like this—Want to spin up a VM / storage bucket / toilet in which to drown yourself? Start here!—is always useful.

Next, we learn that “Lite” and free are two different things. We also are given two compute options:

Either IBM or I have no clue what a “Cloud Foundry” is; it could really go either way and at this point I’m too scared to ask.

5. As for using the actual services? Yikes.

Enough of all this. I want to spin up a Linux box to test a few things out.

That rules out WebSphere and HPCaaS, and it leaves me in a four-option Choose Your Own Adventure book filled with a number of choices, all of which are confusing and bad.

I can’t decide where to go, so I ran a Twitter poll to figure out the next course of action.

Virtual server it is!

You have chosen the option that doesn’t have a three or four hour provisioning lag. Excellent!

Time to choose a region. I pick Seattle to warn the instance of what’s coming to kill its business.

“We’re unable to find that billing address,” IBM tells me. Then they correct it with my extended ZIP code. Sweet.

Pro tip on how to not annoy your customers: Don’t correct them during onboarding about irrelevant nonsense that doesn’t matter. It riles some of us.

OK, now we’re off, and my account upgrade is in progress. The upgrade finishes quickly, but now I’ve lost what I’d previously selected.

At this point, I’m consumed by a flash of rage and name the instance and domain in a fit of pique:

Now it’s telling me that enabling SSH requires a device restart. What the crap is this?

Let’s refer to the documentation; that might help: To create a virtual server instance, you must have an SSH key uploaded and available so that you can connect to your instance after it’s provisioned.

Well, I didn’t when I spun this up, and it never stopped me. I’m guessing that even the docs team doesn’t use this service!

Oh my. They actually generate a root password, and you just. . .use that to SSH in as root. It’s an eight-character alphanumeric that is stored in plaintext in the console, and now I’m screaming. To be clear, that was hanging out on the internet, no VPN required.

Back to the docs: The documentation around all of this speaks to no actual use cases. It’s written in a vaguely academic style by someone working from the design spec instead of the watching an actual customer use the thing perspective.

IBM’s docs consistently veer off into the here’s what SSH is and how it works realm, and I’m just wondering who the hell the target audience is for this.

There’s an “install firewall” link in the dashboard, so I click it. I’m positive it doesn’t really say what I think it’s saying, right?

And, somehow, the “Order Object Storage” button leads to the answer to this question: What would AWS Cloud billing look like if it was somehow worse?

Credit to where it’s due: That’s quite an accomplishment.

The IBM Cloud offering is, to be blunt, dogshit. I’m not even sure what they could do to be anything other than a source of derision and mockery, either—it requires a dramatic rethinking of how cloud customers engage with IaaS offerings, and a competitive intelligence update as to the current state of the cloud and how it’s evolved in the past fifteen years.

The undertaking is monstrous in scope; were it up to me I’d get IBM the hell out of the cloud business about as fast as IBM Cloud customers are scrambling for the exits.

You can sell legacy stuff for a long time, as IBM knows too well.

But if you want to stick around, you need something that’s the future. And, unfortunately for IBM management, hurling $34 billion at Red Hat probably isn’t the answer.

When it comes to IBM Cloud, the user experience says it all: The offering has utterly failed. Nobody uses compute without network and storage. Dev tools need to be integrated into the whole experience, and security should be, too. But IBM needs to fix their security first because honestly: damn.

So I’ve had my fun with IBM Cloud, and now it’s time to shut my experiment down (and possibly, all of IBM Cloud along with it). Oh, of course this would happen:

Having to talk to a human at all was annoying. But the support experience was aces, and they didn’t try to talk me out of it. Maybe IBM has something to hang its hat on after all.